British taxpayers have gone to Jersey to demonstrate against their tax avoidance culture and basically the city of St Helier gets burned to the ground. It is like a medieval sacking…". It is, in Deller's national vision, payback time in other ways too. From feet away, walking up the promenade to the British pavilion, the first thing you see is a mural of a hen harrier picking up a Range Rover in its talons.

The third story that had lodged in Deller's head and wouldn't go away was that incident of two of these rare birds being shot down over the Sandringham estate. The only people shooting that day, if you remember, were apparently Prince Harry and his friend William van Cutsem. Shooting the protected birds would carry a prison sentence but after police inquiries no action was taken. It's called A Good Day for Cyclists because I am a cyclist in London, and as every cyclist knows, Range Rover drivers are the worst drivers by far, along with Porsche drivers.

They are beyond the pale. Into this rich fairytale mix — princes and hawks and taxes and corruption — he adds a couple of other layers of recent legend. In one room fans' pictures of David Bowie's Ziggy Stardust tour seemingly inescapable in are juxtaposed with contemporaneous photos from the Troubles in Northern Ireland. The original genesis of this was Deller's discovery of the fact that Bloody Sunday was the day after the Bowie tour opened.

In another room he finds new layers for a different conflict, having invited some of the many soldiers who wound up in prison, usually for assault after coming home from Iraq and Afghanistan, to document the conflict with portraits of Tony Blair, Dr David Kelly and others, and their memories of what they witnessed. Add in steel bands playing Vaughan Williams, and neolithic axe heads, and you are presented with a complex series of observations which might add up to something like the white noise of our current anxieties.

Talking to Deller you come to think of him as a sort of aerial for those concerns, constantly tuning out static. I suggest to him that he might see himself as a national conscience, and, rightly, he winces. A lightning rod then?

That's everything from Moby

I'm not writing the definitive book about any of it, I just want to explore some of it visually, emotionally. It gets it out of my system so it gives me satisfaction. I think, I know, other people are concerned about these things, so maybe it helps them get it out too. Where does that compulsion come from? It's there in your head all day, and if you don't try to make sense of it, it just drives you crazy. 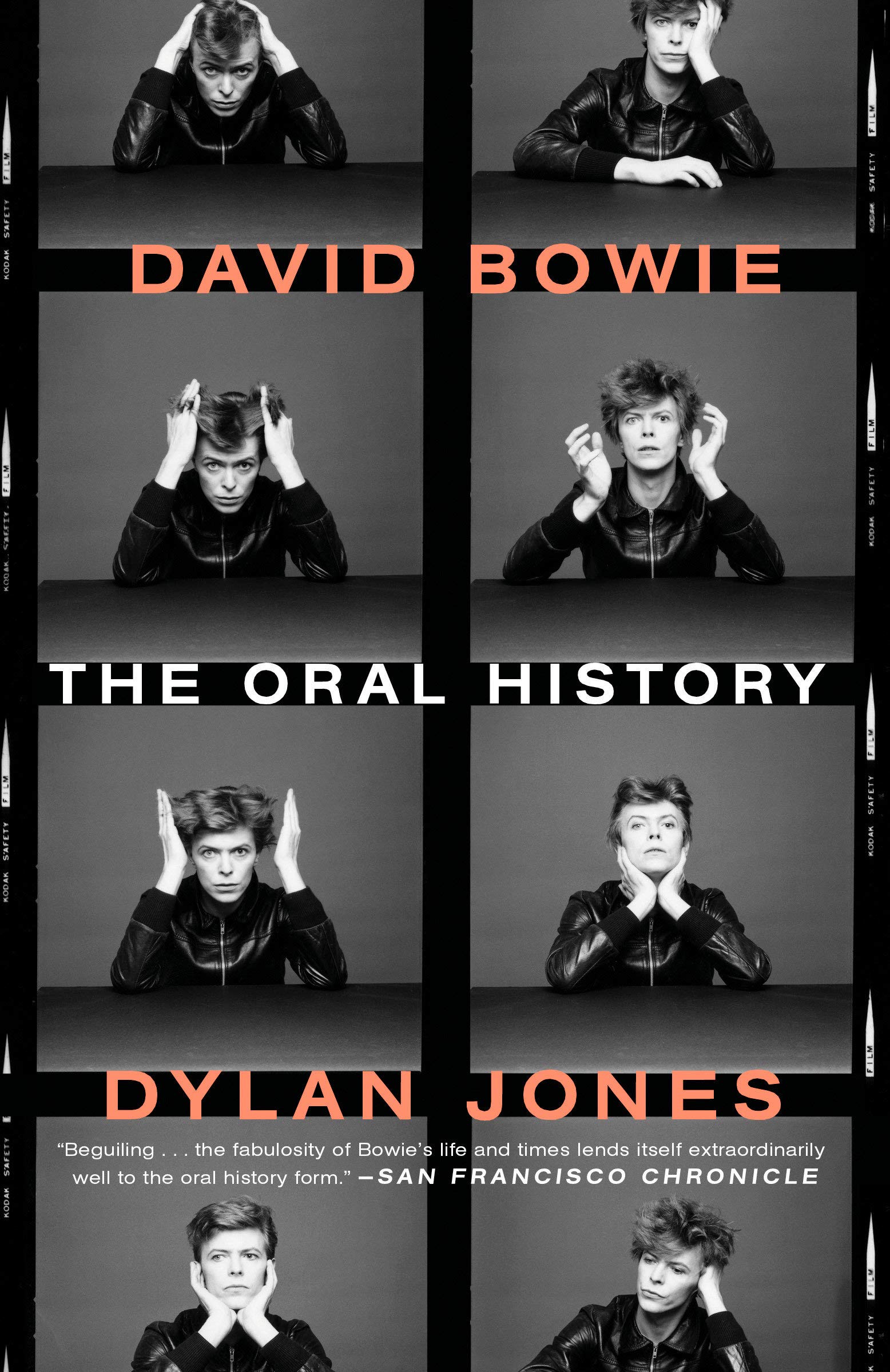 Or it does me anyway. Twitter and all this makes it worse. He has of late been rewatching The Day Today , Chris Morris's mids satire of our addiction to the packaging of television reporting. I've been listening to Radio 4 on my phone while I've been setting things up here, just to keep up with stuff, and last week was insane. You had all the weird gay marriage stuff, Norman Tebbit ranting, and then the terrible Woolwich event.

Seen from here, Britain just sounded completely mad. If he looks back he has always had, for better and worse, a sense of that madness. In his own mind a lot of it began with school, Dulwich college.


Deller grew up in south London he has since migrated north of the river to a flat in Highbury he shares with his girlfriend. His parents were, he says, "incredibly lovely first-generation middle-class churchgoing people. Very proud of me.

They hadn't been to university so it was really a big deal for me to go to a private school. My father worked for the council, my mother was a receptionist at the NHS. So it was a big sacrifice. I am grateful for it. He was two years above me. I don't remember him really but I totally know who he is. The school is quite a liberal and inclusive place now but at the time it was totally white, male, aspiring middle class.

Maybe 10 black kids out of 1,, two women teachers, and these people like Farage, totally chauvinistic. It was completely homophobic. We did a mock election at school in '80 or '81 and they had to abandon it because the National Front were winning. It was done as a jokey, bantery thing. But it was a grim environment in lots of ways. That 80s period has informed a lot of Deller's work, from his Sealed Knot recreation of Orgreave on, and remains a touchstone.

How, I wonder, did he spend Thatcher's funeral day? The response was predictably misty-eyed, with the piece providing an excuse for people to reminisce about the good old days of Fleet Street. Nothing wrong with that, of course, but it was interesting to discover that a campaign has been started by a group of journalists in Leeds to try and preserve cuttings libraries.

Pres serve aims to identity titles which still have such collections, with a view to estimating the amount of work and the costs necessary to digitise the material and make it publicly available online. More details can be found on their website and a letter about the group appeared in the Guardian. Labels: local newspapers , news librarians , press cuttings. Tuesday, 8 January Digging out gems from the archives.

Labels: guardian library , newspaper digitisation , The Guardian. And in terms of actor Ed Norton? What was your first personal defining music production that gave you your first break into a recording deal and how did you manage it? Would love to know how you got to broke into the industry. Oh, I spent years wandering around NYC giving out demo tapes and then finally ended up signing with a label that at the time didn't technically exist.

It's in more detail in the book, actually. Hi Moby. Do you think albums are still valued in the same way now since the advent of streaming?

I love listening to your albums from beginning to end. Thanks for great music. I still love albums, but i don't think that very many people listen to albums from start to finish. Which is ok, albeit a bit sad. A shame that amazing albums like Bryter Later or Closer might just exist as disparate tracks and not complete albums. Has your half-brother and yourself been in contact since the book has been published?

If you were 42 like me and you had had no musical success though you wanted it and you still loved making music and tracks but have never had anything published or released or coveted by the public would you give up Or should I find a bridge to jump off of I'd say make music for the love of making music and get your satisfaction from the making of music and not the commercial application thereof. For what it's worth that's what i do, and most musicians do, these days. Hip hop is obviously an influence on your music. Which artists from the 80s and 90s were most important to you, and is there anyone out at the moment you like?

What impact do you think emerging technology like VR and AR could have on the live experience? Good question, i wish i had a good answer! New album in september I think? Also, you mention Don Hills in your book, and did you ever go to their Friday nights called Squeeze Box? Thank you! There was an article about it in the Guardian today. I kind of get it, what would your feelings be on that? The Mercy Seat is still to me one of the most powerful songs of the era. I love kurt and ultra vivid scene, but i was only involved briefly.

The Man Who Sold the World: David Bowie and the s by Peter Doggett

Be honest now, out of all the adverts that were used with your music, which one got under your skin the most? Well, I hope not I'm sorry. I just really don't like living in airports and hotels. Also I never wanted to be a middle-aged musician standing on stage pretending that he's not ageing Thanks for the book! Listened to it in audio, and it was just great perfomance. Michael Stipe once told that people keep confusing him for you - and you for him. I guess it was a kind of running joke for both of you.

And have any of you ever impersonated the other one? I include a link here:. Yet another Moby Dick question! This time from davidblackfin :. I have complete love and respect for anyone who dedicates themselves to animal rights and animal liberation. Moby I have had a spot of damp in the hallway for a while, any suggestions on how to remove it? Too long to write here. Basically a summation of the collective OCD of the human condition, the belief that conquering nature will bring happiness and wellbeing. That fighting the nature of existence is clearly a path to misery and death.

The success of Play was enormous, do you think that could ever be repeated or was it unique to that particular period in time? You said once that Hotel was your least favourite of your own albums, that it reflected badly on you as a producer. What was it that led you to think this? I like it, but honestly it feels like fun and interesting work. I'm more interested in playing acoustic guitar for a few people at this point, as it seems more spontaneous and intimate.

Updated at 7. As someone who started out by making music at home pre-internet, how do you feel about the advances in technology and the ease in which one can upload something, quickly gain an online following and claim to be the next big thing? Are you pleased that new generations have such opportunities or do you think this has had a detrimental affect on the quality of dance music now coming out? I interviewed you back in in Edinburgh. You were aghast at my appearance Do you remember this?

Are you not allowed to have a carnivore pet because of the food issue? Dogs are omnivores but cats are carnivores. As a result I don't adopt cats. I can't in good conscience keep one animal alive by feeding it the ground up bodies of other animals. Have you ever tried quorn on the quob? For the most part, yes. We're also made of a few other true 'elements' that seem to have been around for 14,,, years.

Half the world knows this yet you still present this as if it were something new. Your last name is Hall but then you knew that : Who is your favourite Hall? When you made Flower, did you have any idea how applicable it would be to a movie soundtrack? Have you created any tracks with a motion picture in mind from the outset? I've never written music with the idea of it being in a movie. Money, I saw you live when you played in Sydney in , I had long hair, did you see me?

Do you know how much of a legendary tune the Woodtick mix of Go still is in Stoke on Trent? You mentioned your panic attacks in the book a couple of times, do you ever get stage freight?